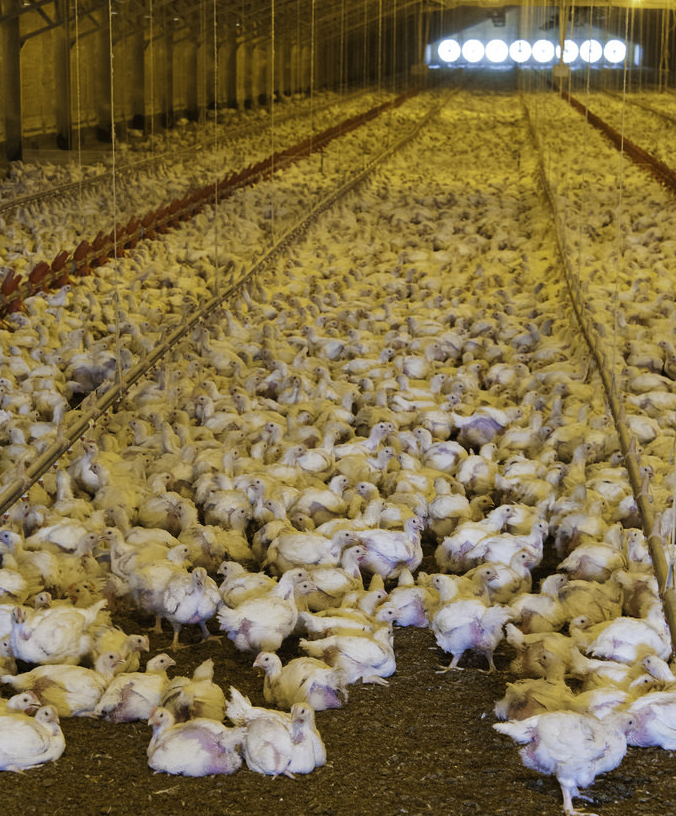 The meat and livestock industry has been under sustained pressure to improve animal welfare but sometimes their responses to that pressure, even when genuine, can create complicated new problems.

Recently, the Globe & Mail published an article on the challenges of producing “slow growth” chickens. It described the efforts by producers to address the consequences of selective breeding in the poultry industry, which has led to fast-growing chickens with horrific health problems.

The Globe piece details how industry, agricultural scientists and animal welfare experts are trying to produce a “better bird” that will appeal to consumers, have better health, be profitable to raise and be environmentally sustainable.  This is proving to be challenging, as slower-growth birds require substantially more water and feed (because they live longer), which means more impact on the environment and higher production costs.  Considerable resources are now being devoted to solving this conundrum.

While any effort to improve animal welfare is laudable, it’s hard to avoid the obvious question: Why not just stop eating chicken?  The advantages of switching to a plant-based diet are clear and well-documented.  For animals, lower demand for meat means less factory farming and slaughter. For the environment it means less deforestation, lower greenhouse gas emissions and less demand for land, water and other resources.  For human health, it means fewer chronic health problems linked to meat consumption.

The resources currently being devoted to producing “better” factory-farmed animals could be devoted to developing a new, plant-based food system.  Science funding could be applied to research into alternatives to animal protein, improvements to protein crops such as pulses and ways to use these crops in new food products.  Government could support public information campaigns to promote a plant-based diet, help plant-based start-ups and invest in research and development to underpin a new agricultural economy that no longer depends on inhumanely incarcerating and slaughtering billions of animals.

To a small degree, this is already happening.  The new Canada Food Guide is expected to put more emphasis on the benefits of a plant-based diet.  The federal government has started to fund major initiatives to develop plant-based foods.  And polls show many Canadians are open to reducing meat consumption.  The opportunity is there, but is the political will?

While a transition to a plant-based food system faces many barriers and will take time, it is the simplest and most effective way to address the unacceptable consequences of our current cruel, unhealthy and environmentally disastrous food system.

*Please note, this is not our physical address.